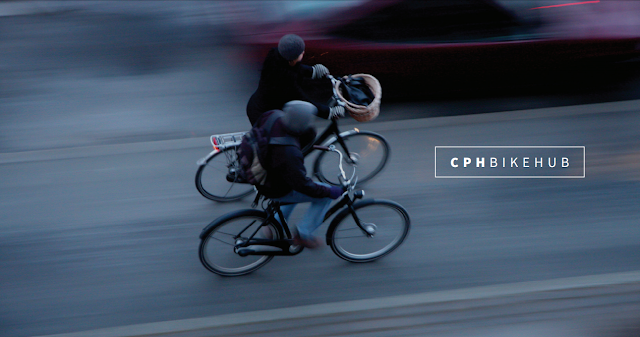 Copenhagenize Design Company’s time at our very cool co-working space on Paper Island/Papirøen is sadly coming to an end – the island’s old industrial buildings are being demolished to make way for a new residential development. We’ll miss the creative vibe in our office – and on the island – that we have experienced daily for over four years. Paper Island was a freestyle creative hub that captured the imagination of Copenhageners and visitors alike. 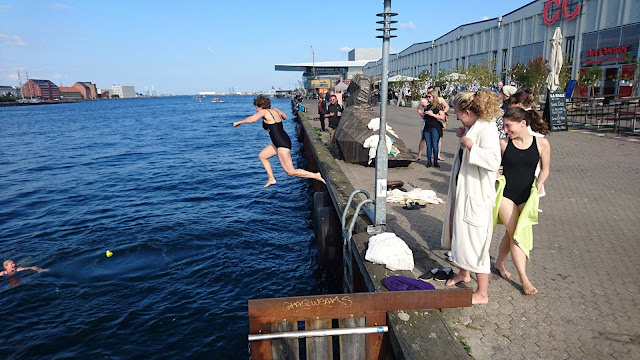 Harbour bathing is a regular, year-round activity at our office

Instead of resigning ourselves to tristesse, or to merely search for new offices, we decided to finally dust off an old Copenhagenize idea. Luckily, some ideas get better with age. Back in 2008, Copenhagenize Design Co. CEO Mikael Colville-Andersen envisioned that “Danish bicycle culture needs a physical home. A place where ideas can be fostered and discussed. A launch pad and showcase for Danish bicycle innovation“. Colville-Andersen had teamed up with Marie Kåstrup – who is now the head of the bicycle programme for the City of Copenhagen – and developed a list of ideas that would place focus internationally and nationally on Copenhagen as a bicycle city. A list that included harvested ideas from abroad but also original ideas like establishing a bicycle center and even a bicycle museum. The mayor of traffic at the time, Klaus Bondam, embraced the idea and worked, for a time, on the concept of an Urban Showroom, without completing the idea. However, the original idea from 2008 led to the establishment of the Bicycle Innovation Lab, the first cultural center for cycling complete with a bicycle library and events. We wrote about the launch of BIL here back in 2011.

With the impending need for new offices, the idea has surfaced once again and this time a strong tailwind is pushing it along. Enter: CPH Bike Hub. With the growing global interest in reestablishing the bicycle as a feasible transport form in cities, Danish bicycle planning, social cycling innovation and product design – among other aspects of the cycling community – can benefit from gathering under one roof. 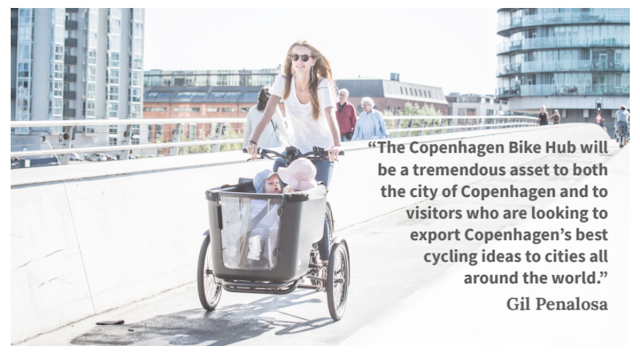 Statement of support from Gil Penalosa from 8-80 Cities, who regularly bring delegations to Copenhagen.

We are thrilled that the idea has now gained purchase and is in a serious development stage, moving steadily towards becoming a reality. We’re pleased to have a long list of colleagues join us on board. The core development team, apart from Copenhagenize Design Co. includes Cycling Without Age and the Danish Cyclists’ Federation and Leader Lab. A veritable dream team.

The idea for the CPH Bike Hub is not just sharing office space and innovation with colleagues. It also includes creating a destination for visitors. With all the delegations that come to Copenhagen to learn about bicycle planning, we have plans to develop a conference space to host them. Not just the delegations that Copenhagenize Design Co hosts, but also the City of Copenhagen and the Danish Cyclists Federation will benefit from having dedicated space to host visitors. Plans also include an exhibition space, a café/bar and meeting rooms.

Indeed, the City of Copenhagen supports the general idea of creating a space for cycling:
“The City of Copenhagen’s Bicycle Program welcomes all initiatives that will accelerate local innovation and product design in the field of cycling, bringing global attention to Copenhagen’s unique cycling culture. Establishing a physical meeting point for co-creation and showcasing will be valuable to the city as well as to the global community.”
Marie Kåstrup, City of Copenhagen 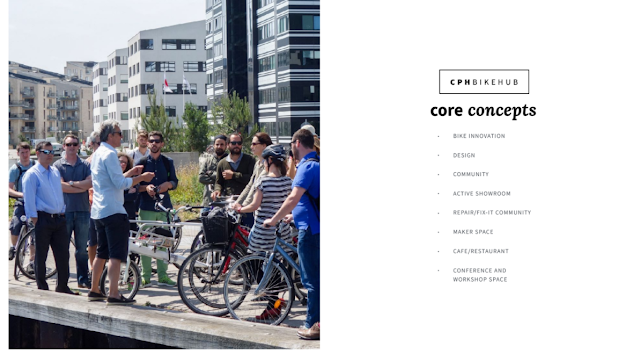 We have seen the emergence of similar bike hubs in places like Barcelona with BiciClot  and the Netherlands with the Dutch Bicycle Centre and we hope that the CPH Bike Hub will contribute to this growing trend and the global dissemination of knowledge and experience.

At time of writing, we are working hard with colleagues to establish the foundations of the CPH Bike Hub, secure financing and gather as many likeminded companies, organisations and individuals as possible. The list of colleagues continues to grow and includes the following:

Morten Kabell – the former environmental and technical mayor of Copenhagen joined Copenhagenize Design Company in early January 2018 as COO and he is now also spearheading the work to establish CPH Bike Hub together with our colleagues. The timeline is still under development, but we are looking forward to letting the world know about the launch when the time comes.