When You Gotta Go: Another Wildlife Encounter On The Magical Madagascar Cycling Tour

I like seeing wildlife. Over a life of outdoor living and adventures, I have inadvertently come across many potentially dangerous animals. Like the wolf that decided to check me over while I was napping in the forest while taking a break from mountain biking. When I opened my eyes the wolf and I closely looked at each for about thirty seconds and then he decided that I was not that interesting.

On my first visit to Banff National Park in Alberta Canada 45 years ago, I got off the bus in the bus station at 3 AM and figured there was no point in trying to find a place to sleep, especially being rather short on money. So I walked to a nearby city park and crawled into my sleeping bag only to be awakened an hour later by a black bear looking for something to eat. He looked at me for a while as I contemplated how to defend myself. Then the bear decided that nearby garbage can was more interesting than I was. I happily agreed. 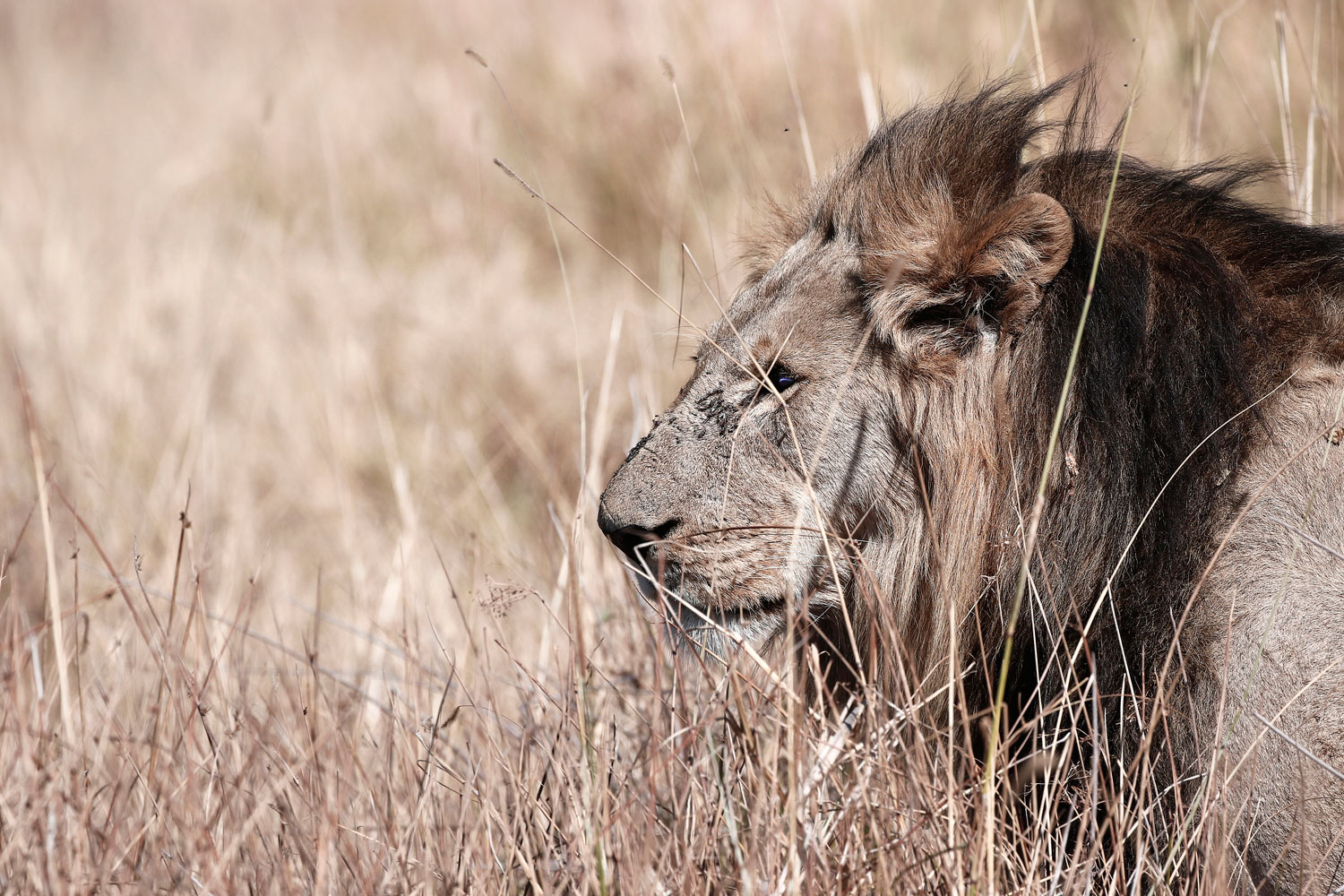 A decade or so later, I decided to spend a night in Kalahari National Park in Botswana without a tent, which was against the written warning at the park entrance. I built a small fire and crawled into my sleeping bag only to wake up a little later surrounded by tarantulas, which I gathered were kind of deadly if they happened to bite you.

‘Hey this is my territory, buzz off’

On my first ever safari in Tanzania, after siting in vehicle for a couple of hours, I asked my guide if I could take a pee break. It was the dry season and the grass was a couple of feet high. The guide looked around and said ok. I jumped out of the Land Rover and, out of politeness to others in the vehicle, I walked a few metres into the grass and suddenly noticed right in front of me, at a distance of maybe three or four metres, a beautiful lion lifting its head and looking at me with bored interest, likely saying ‘Hey this is my territory, buzz off’. Being very polite, I started moving back very, very slowly. 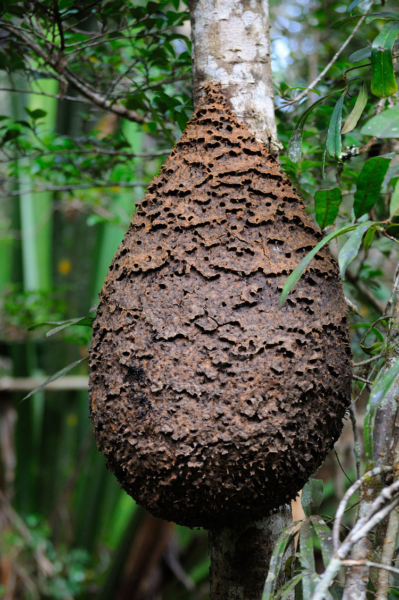 My motto at all times is that catching a glimpse of other forms of life is wonderful. I try not to bother them and in return I hope that they do not bother me – a sort of mutual respect. Over all, with one unfortunate exception in India with an irate elephant, this philosophy has worked – until last week. In a previous blog, Wonders of the Magical Madagascar Cycling Tour, I wrote about all kinds of wonderful flora and fauna on this island. On one of the nature walks I took here, the guide pointed out, believe it or not, a large ant nest like sack the size of a very elongated large watermelon, suspended from a tree. This type of tree nest apparently is an adaptation by the ants to avoid having their nest being swept away during flooding.

Join us for a magical cycling journey through one of the world’s most unique locations – a land of incredible vistas, diverse landscapes – humid…

A couple of days ago as I was cycling and the day grew hotter, I needed to relieve myself, to find some privacy and a spot to squat and do my thing. The area we were cycling in had been pretty much deforested but in the distance I saw a tree not very far from the road. It looked secluded enough and shaded enough that I could squat for hours (after all I am of a certain age) without being stared at from vehicles, passers by and fellow cyclists, both local and my co-travellers. I dismounted, walked to the tree, found a nice spot, dug a little hole and did my thing. 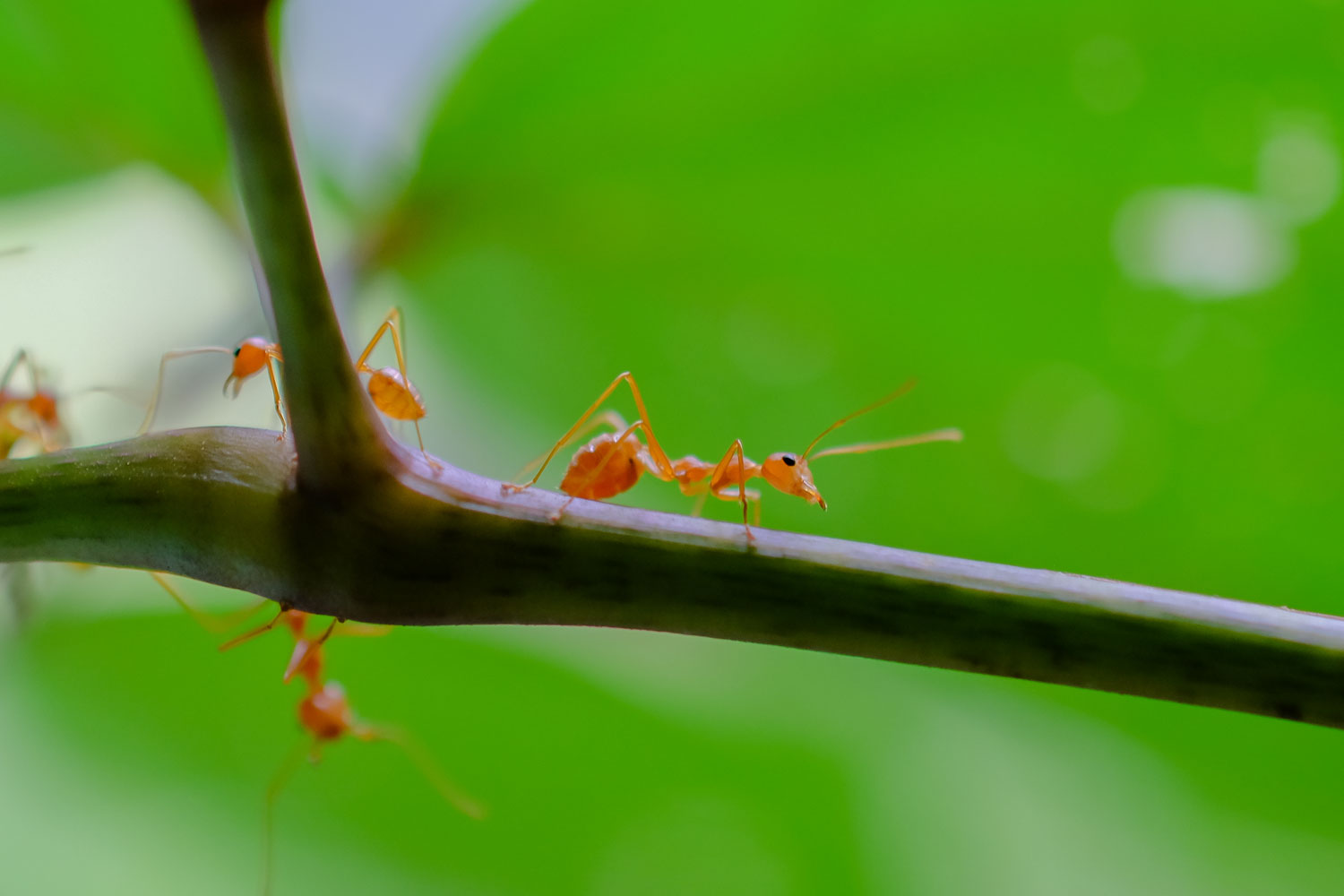 After I was done, I got up, my head touched a tree branch and the next thing I knew was that I was being stung all over my head, my back and my arms. The pain was almost paralyzing. As you might expect, my reactions were swift, my arms moving in all directions like the blades of a high tech drone. Unfortunately, unlike a drone, with my pants around my ankles and acutely aware that I did not want to step into the little pile I just created on the ground, I was not able to lift off. I will leave the rest to your imagination.

For the sake of the well being of other innocent travellers in this part of the world, especially for cyclists on long travel days, when you need to do what you need to do, check to see what is above your head. Those large Madagascar ants have one hell of a sting!