The Inaugural Trans-Himalaya Bicycle Tour Is Ready To Roll 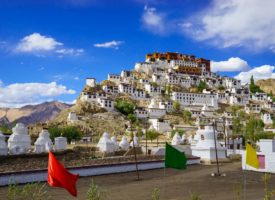 “That is at the bottom the only courage that is demanded of us: to have the courage for the most strange, the most singular and the most inexplicable that we may encounter.” – Rainer Maria Rilke

The small hotel here in Leh, Ladakh has been overrun by a group of tourists, many of them senior citizens, from different parts of the globe. There may seem to be nothing particularly different about them from any of the many other travellers in this part of the world. However, if you happen to start a conversation with any of them, you will find that they are here to do something very unusual, something that no other group, certainly not in their age bracket, has undertaken. They have gathered for the start of a bicycle tour that will take almost 2 months to complete. Starting here in Leh, the participants will cycle through spectacular valleys and up over passes at 5,000 metres, stopping for rest days in some of the areas most famous locales before eventually ending in Kathmandu, Nepal. 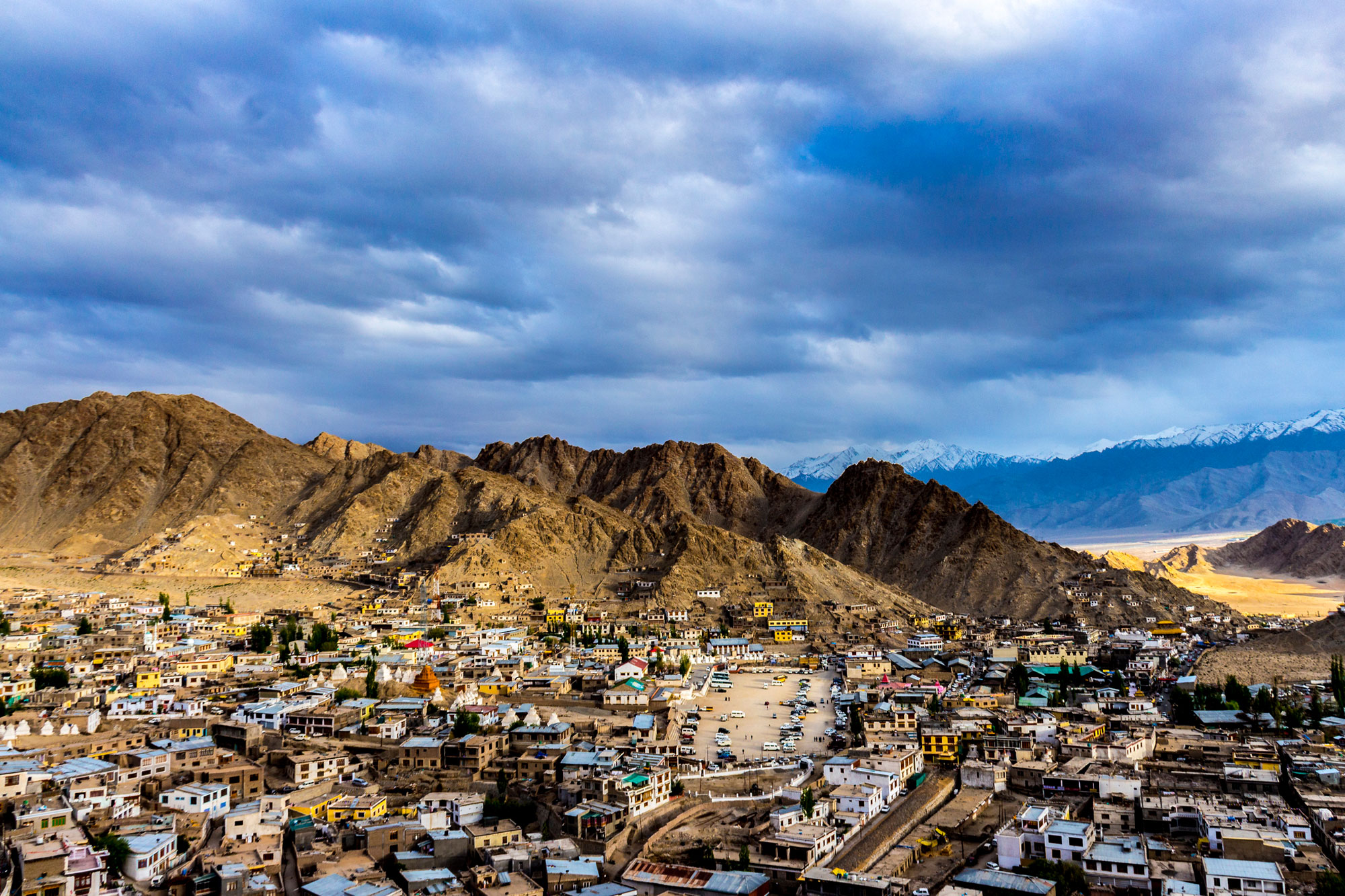 Leh, the capital of Ladakh, is described by the Rough Guides as one of Asia’s most scenic towns. Ladakh – ‘the land of high passes’ is the area through which the group, including myself, will be cycling. The area is often described as ‘Little Tibet’ or ‘the last Shangri-la’ and “is mainland India’s most remote and sparsely populated region. A high- altitude desert cradled by the Karakoram and great Himalaya ranges and crisscrossed by myriad razor-sharp peaks and ridges”, it is in Ladakh where the riders will face the high and lows, not only of the terrain but of their own struggles and desires. It is here where they will often ask themselves why are they here, what are they searching for and what, if any, meaning there is to their own life experience. 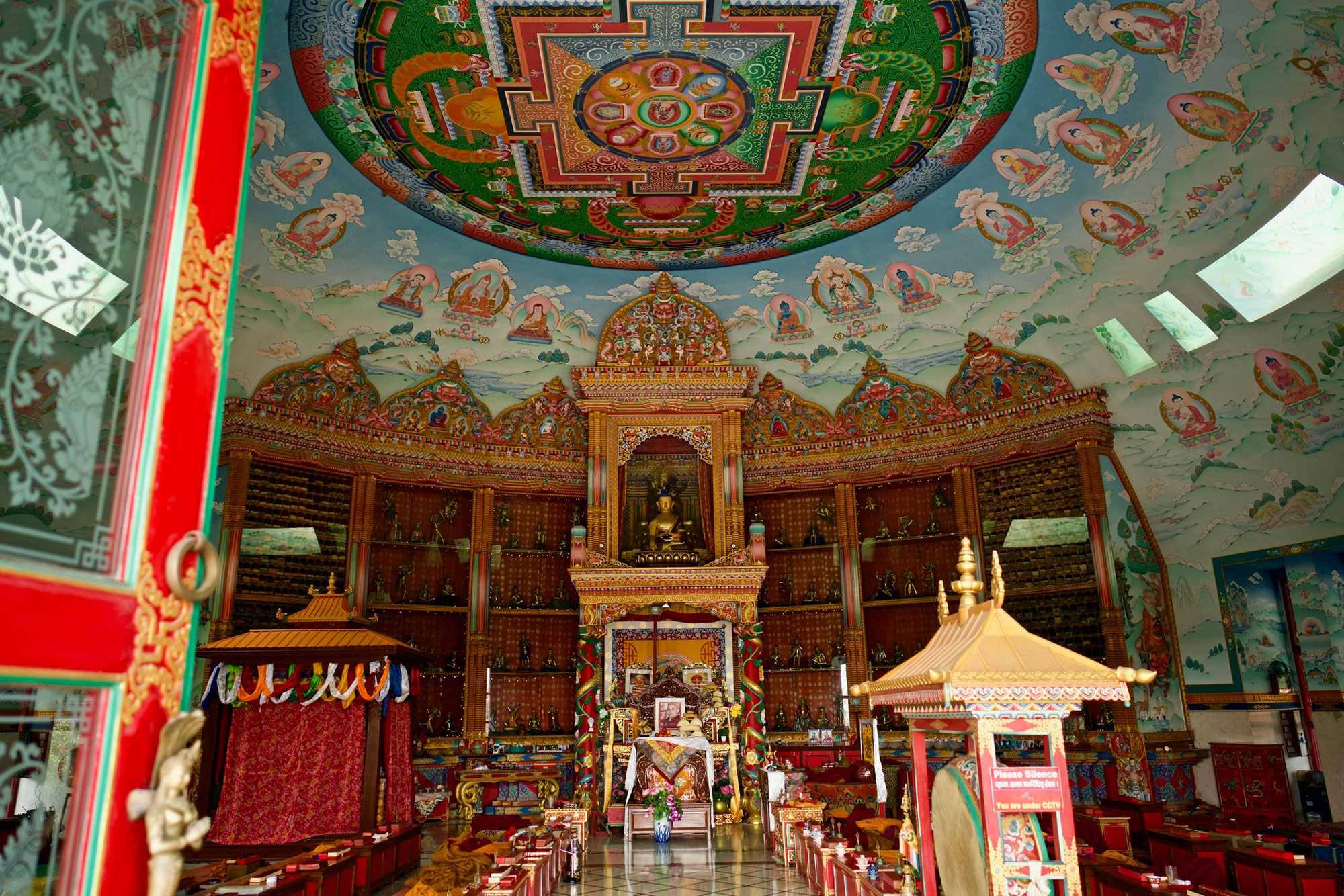 One of the places where the tour will enjoy a rest day after cycling through Ladakh, is Lumbini, the birth place of the one called Sakyamuni, better known as Buddha. According to the book The Snow Leopard’ by Peter Mathieson, it was in Lumbini that ‘he forsake (the comforts of palace life) to go in search of the secret of existence that would free men from the pain of the sensory world, known as samsara”.

It is one of those funny things in life, totally unplanned, that the hotel in which we have gathered is called La Buddha. I say unplanned because the tour was to start in Srinagar (in Kashmir) and our first rest day was suppose to have been in Leh but in a different hotel. Unfortunately modern leaders are not in search of the secret of existence but are preoccupied with political ambitions not realizing or caring for the impermanence of ambitions and the futility of their actions. They are enslaved by desires and at least according to Buddha’s teachings they are not free men or perhaps men of free will.

Thus we find ourselves here in La-Buddha, accepting the energy flow of the universe.  Preparing for a journey that although will be done more or less together, we allow each and every one of us to be, quoting Mathieson again, “seeking our own Holy Grail what Zen Buddhists call our own ‘true nature’; each man is his own saviour after all”. Meanwhile we wander around this wonderful town. There are plenty of great restaurants to fill our hungry palates, we can visit the 16th century palace which is “lording over the old town from the top of granite ridge”, or visit the Chamba Temple. Riders can help acclimatize to the altitude by climbing the many stairs of the Shanti Stupa, inaugurated in 1985 by his highness the Dalai Lama. Some of us linger by the ever present prayer wheels – “spinning out the invocations that call the universe to attention: OM!” (Peter Mathieson, p55, ‘The Snow Leopard’)

Soon enough we will be spinning our own wheels. And being in the land of Lamas (Buddhist teachers or gurus) what better way is there to conclude this rumination than to quote Lama Anagarika Govinda (1898 – 1985) from ‘The Way of the White Clouds’ – “Just as the summer cloud, in harmony with heaven and earth floats in the blue sky from horizon to horizon following the breath of the atmosphere – in the same way the pilgrim abandons himself to the breath of the greater life … that leads him beyond the farthest horizons to aim which is already present within him, though yet hidden from sight”.