Once upon a time, around 5,600 years ago, someone pegged a set of wheels to a cart; 4,400 years later the tracks of Baghdad were finally paved with tar. But it wasn’t until 1817 that German Baron Karl Drais von Sauerbronn put two wheels beneath a simple seat. Two hundred years later, the bicycle represents the most efficient ways to transform the human power into movement. So reads the opening passage of Velo 2nd gear – a new book dedicated to bicycle culture and style.

The book has been put together with a degree of care and attention that will appeal to any cyclist – whatever their own particular area of interest. With 169 pages bursting with the wonderful diversity of cycling, unusual custom designs, bike fashion and accessories abound. 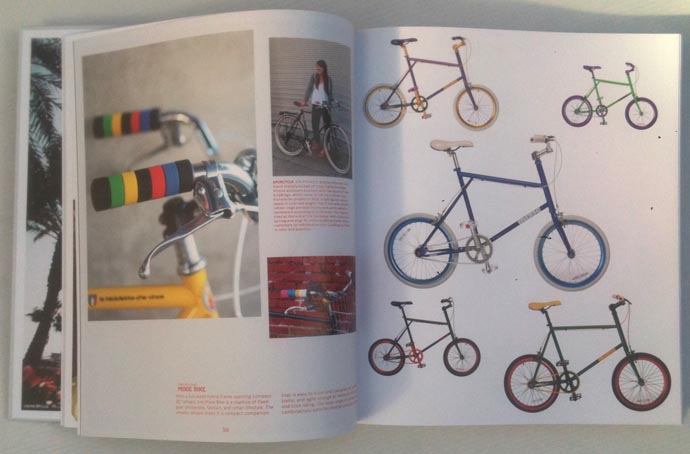 Pages 160 and 161 of Velo – 2nd Gear are dedicated to our very own Hornster– the custom bike we built around the air horn from an American freight train. The project was intended to highlight the threat posed to cyclists by lorries, themselves fitted with air horns…albeit rather puny affairs that produce only about 100db at full blast.
Testing of the Hornster registered over 136db. An ambulance siren at 20ft peaks at 120db. We perceive a doubling of sound for every 3db increase, so 136db is certainly loud enough to make a noise about the danger to cyclists from lorries. 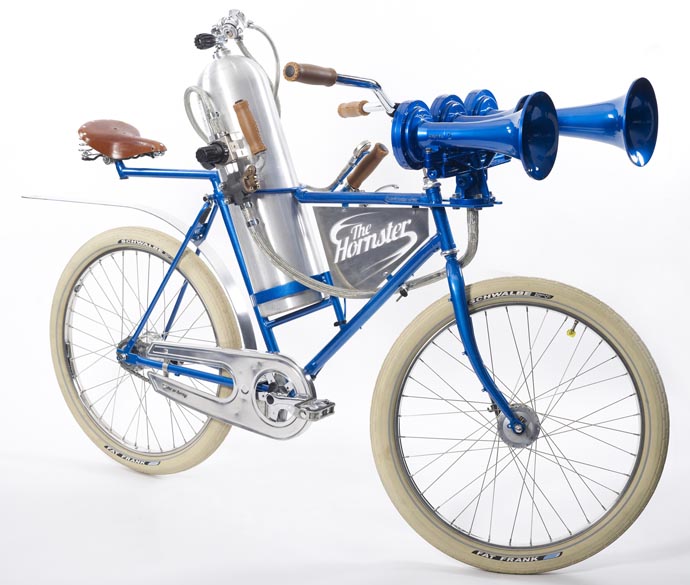 Win a copy of the book Velo – 2nd gear

We have a copy of Velo – 2nd gear to give away. Simply leave us a comment at the bottom of this page and we will pick a winner next week.

On the face of it, one cycle insurance policy is much like another, but the devil is the detail. How much excess you will be charged is just one of the things that varies wildly between providers. Another is so called ‘new-for-old’ replacement – many insurers use this term, but if your bicycle is more than a few years old, devalue it severely. This means you are left out of pocket when you come to replace it.

With ETA cycle insurance, however old the bike, if it’s stolen you get enough to buy a new model.

For over 29 years we have been providing this kind of straightforward, affordable bicycle insurance. Little wonder The Good Shopping Guide judges us to be Britian’s most ethical insurance company.

The post Bicycle culture and style appeared first on ETA.