The High & Lows Of Desert Cycling 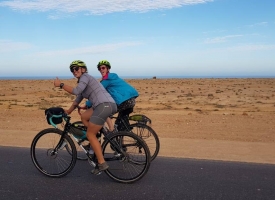 “The answer, my friend, is blowin’ in the wind” – Bob Dylan

Dylan, as often was the case, got it right. While cycling the west coast of Africa from Morocco to Nouakchott, the capital of Mauritania, the answer is indeed ‘in the wind’. If anything, besides the fact that one is cycling in the spectacular grand Sahara, it is the wind that will make the day either pure joy or pure hell. Well, I may be exaggerating a bit, but ask any of the participants on the West Africa en Vélo, how one day they can easily reach the point of breaking down and start crying, only to feel an immense exhilaration 24 hours later. 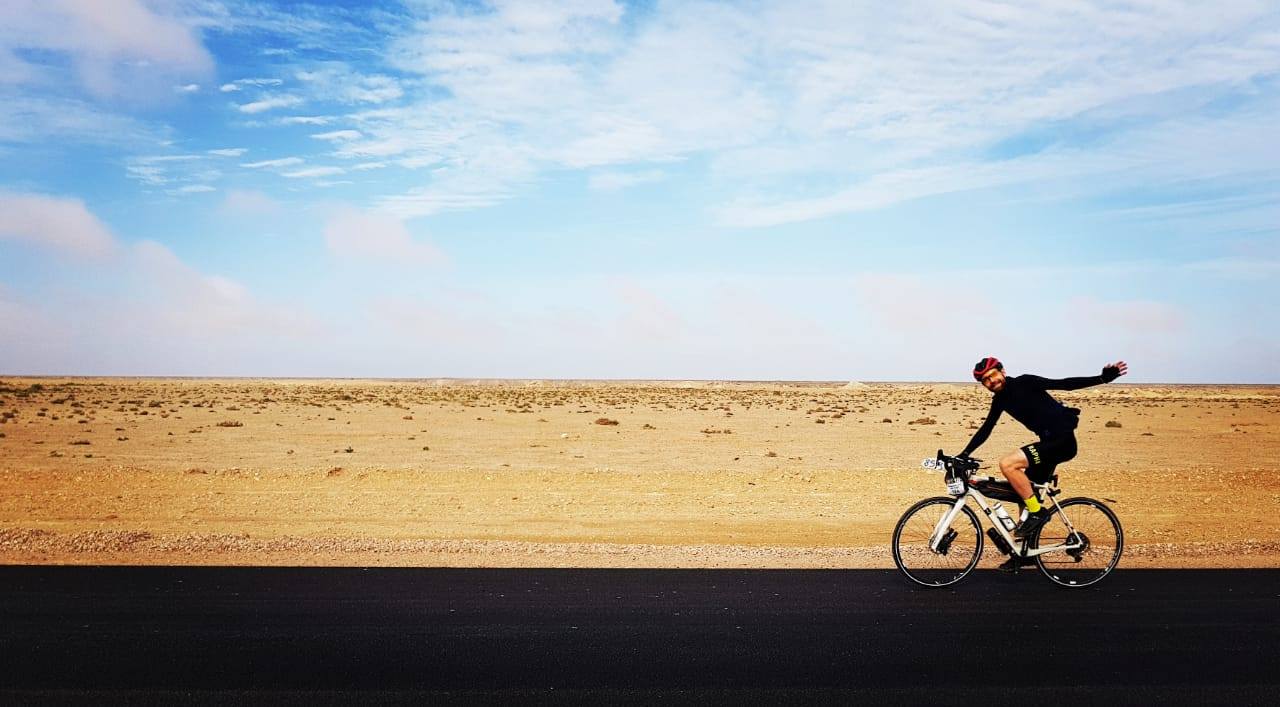 Of course, this could also be because the desert has a way of heightening one’s own senses, allowing them to wander in every which direction. In my opinion, it is no coincidence that all the monotheistic religions have origins in the desert and those deserts have played such a key role in their evolution. The silence of the desert can bring out the best and the worst in us. 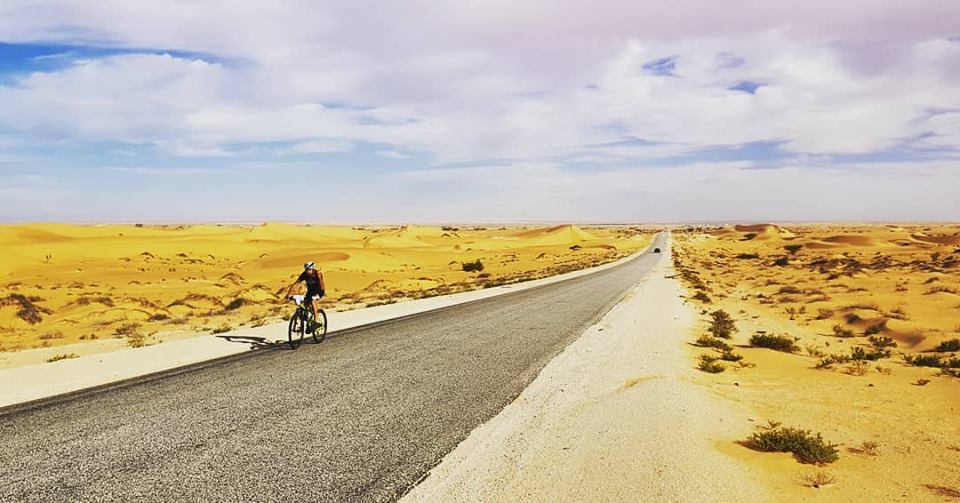 Perhaps it is the sand that does that. The sand can just lie there and look romantic and be a perfect backdrop for another majestic sunrise or sunset. One can luxuriously walk barefoot through it, feeling the sand sensually caressing one’s soles. However, when it joins forces with the wind, the sand will torture you, penetrating every pore of your skin. If that were not enough,  combined with the velocity of an oncoming truck, it will sandblast you with such force that you will feel like your skin is peeling off.

Join us on this unique cycling expedition and explore West Africa from Casablanca to Cape Coast. Clocking in at just over 2 months and 6,200 km… 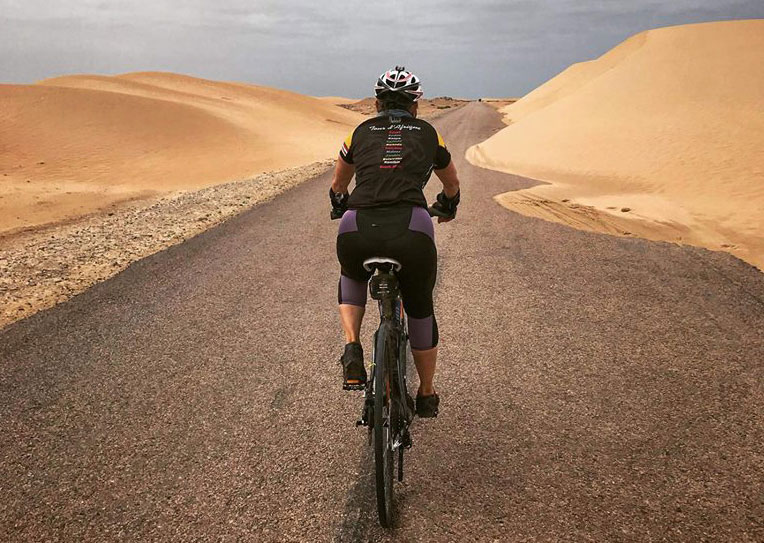 So, are these elements the reason the desert attracts some of us while others find it repellent? Or is it because, in the desert, one can look at the night sky and wonder about Little Princes on other planets? Perhaps it is simply because in the desert we can test whether we are the rare individuals, who like the bushman of the Kalahari, have the ability to listen to the stars singing.

When Laurens van der Post one night
In the Kalihari Desert told the Bushmen
He couldn’t hear the stars
Singing, they didn’t believe him.
They looked at him,
Half-smiling. They examined his face
To see whether he was joking
Or deceiving them. Then two of those small men
Who plant nothing, who have almost
Nothing to hunt, who live
On almost nothing, and with no one
But themselves, led him away
From the crackling thorn-scrub fire
And stood with him under the night sky
And listened. One of them whispered,
Do you not hear them now?
And van der Post listened, not wanting
To disbelieve, but had to answer,
No. They walked him slowly
Like a sick man to the small dim
Circle of firelight and told him
They were terribly sorry,
And he felt even sorrier
For himself and blamed his ancestors
For their strange loss of hearing,
Which was his loss now…

David Wagoner wrote this poem about the desert and the man who authored such books as the ‘Lost world of the Kalahari’. Like van der Post, I, no matter how hard I try, know that I can not hear the stars singing. On the other hand, I do have 13 reasons why you should pick a desert and cycle across it. 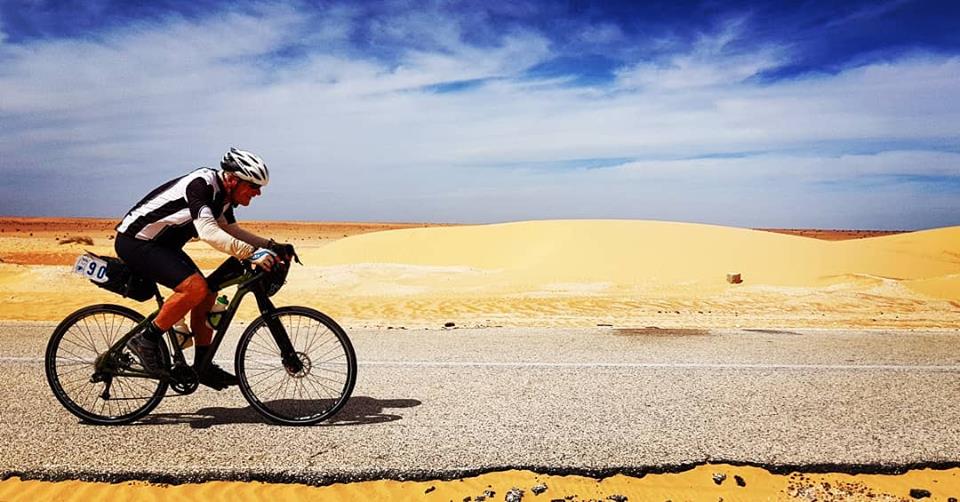 In the last 15 years I have biked through the Sahara a couple of times, the Atacama desert, the Stuart Highway’s deserts, the Turkmenistan desert, the Gobi desert and many others. As long as I can keep cycling, I will look for more deserts to pedal across, always listening for those elusive singing stars.